I had no idea of the amount of famous people who are buried here! A famous quote is that Winston Churchill refused to be laid to rest here, saying he had had so many people walk over him in his life, he didn’t want that to continue after death. Or words to that effect: so there is a tribute to him in the cathedral instead! It really isn’t just the royalty, aristocracy and names from history you know you should know more about but don’t. It’s a very exciting line up of scientists including Sir Issac Newton and Stephen Hawking and novelists including Thomas Hardy, Charles Dickens (yes: it’s also a bit male heavy, such were the times I suppose). I learned that at the start of the building of Westminster Cathedral and the Palace of Westminster (now Houses of Parliament) they were built on an area called Thorney Island- a small island that obviously ceases now to exist. And that everyone is laid horizontally of course in the cathedral and excavation work still brings up unknown graves. There is one plot however that stands out and that is the grave of the poet Ben Jonson, who could only afford to be buried standing up!

Over 3,000 people are buried here which is just unbelievable! It feels vast, but not that vast to encompass so many!

We bought our tickets online the night before and were at the Cathedral by 10am. If you have bought tickets, you’ll jump the long, LONG line which even by this time is already in formation. You will be given an audioguide and headphones as part of your ticket entry fee (£22 for adults if bought on the day, or £20 online). I have to say, we didn’t use this so I can’t review it for you. As soon as we were inside we went to the desk on the right to pay for the “verger tour” which is a group tour for an extra £5 p/p, taking you around the cathedral. We had already decided on this, and were advised that this tour would cover areas that the audioguides couldn’t. In case you don’t know (I didn’t), a verger is an official who takes care of matters in the church- looking after the priests and the patrons, but not someone who has been ordained. The 10.30am slot was sold out, so we went for the 11am instead and decided to take a walk through the cathedral, past the cloisters and have a cup of tea in the Cellarium Café. Which was quiet and rather blissful! 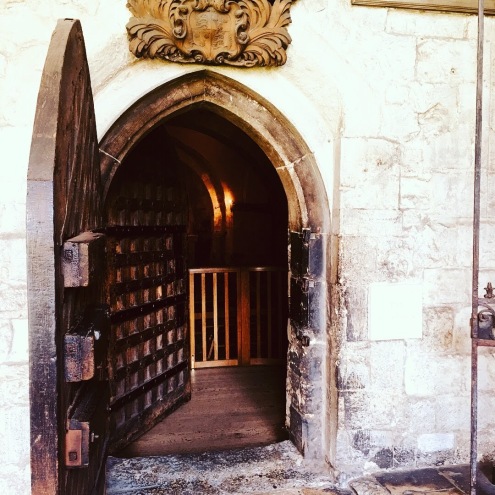 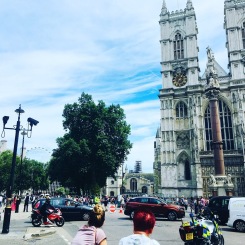 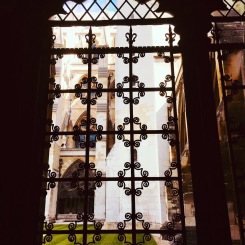 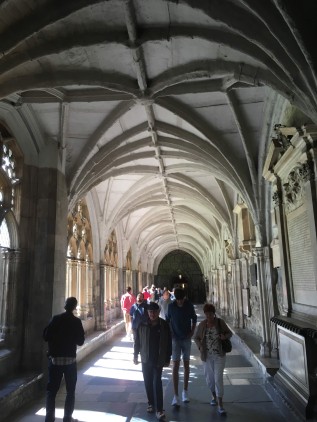 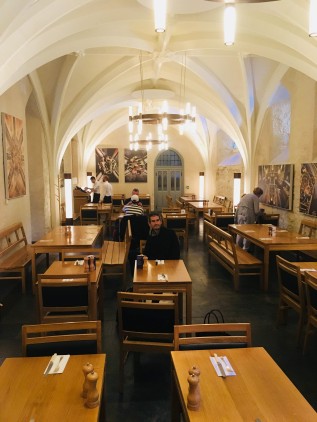 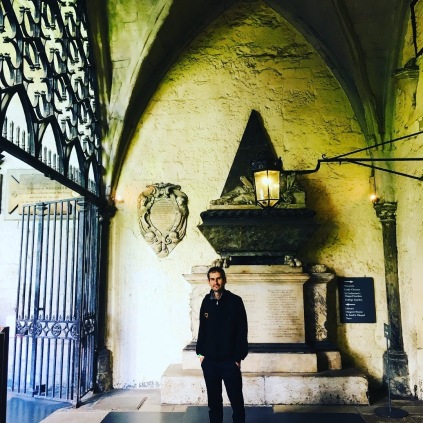 We really liked the tour! Ruben struggled to hear at points, but John, the verger we were taken around by was really lovely. As I’ve said, we can’t compare and contrast with the audioguide as we didn’t listen to it. We did feel though that the tour didn’t take us to that many places,  that the audioguide would not have done. Which was ok by us, just we were informed otherwise! That is, apart from one of the most considered important places in the Abbey which was the Shrine of Edward the Confessor who ruked as King of England from 1044-1066(http://www.englishmonarchs.co.uk/confessor_shrine.html). This was a beautiful area of tombs of Kings and Queens from British history and we got to spend about 10 minutes here, away from the crowds, which was lovely.

Useful information to plan your day

When you arrive to the Cathedral you really need to ask one of the assistants in the red coats before joining a line, to make sure you join the right one!

As with most things, arrive early! As we were leaving at 1pm, people were being turned away unless they had bought tickets online. The church closes at 3pm and the officials were advising the queue was already too long!

Consider peeking into the 12th century St Margarets Church before going into the Cathedral. We lost an opportunity there as they would not let us back through the main gates as the queues were so long when we were leaving!

Check it out and enjoy your trip! https://www.westminster-abbey.org/visit-us/